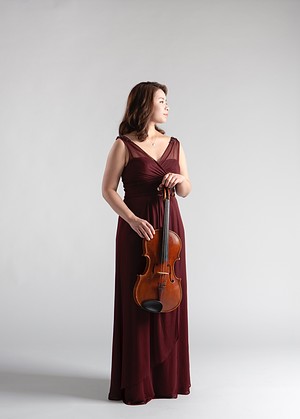 Lisa has enjoyed a richly varied career thus far — from performing the Bartók Concerto at the Sydney Opera House, and in venues such as Alice Tully Hall, Seoul Arts Center, David Geffen Hall, Merkin Concert Hall, and Carnegie Hall. She has performed for then-Prime Minister of Australia, John Howard, and has played live on WQXR, Medici TV and Sydney radio broadcasts. She is a guest musician with the New York Philharmonic, Boston Symphony Orchestra, Australian Chamber Orchestra, Minnesota Orchestra, and the Saint Paul Chamber Orchestra.

For Lisa, music is a means of connecting people, be they audiences or performers of all kinds. She believes music can bring solace and refuge to those in need, and in the many forms of music with which she engages, she strives to always put these values first. Starting at age of six, she has played in community venues all over her hometown of Sydney, Australia, giving over 300 voluntary community engagement performances in nursing homes and hospitals. Since then, her work in these settings has expanded to concerts across the world and with the Gluck Fellowship at Juilliard, Music@Menlo Winter Residency, Chamber Music Society of Palm Beach, and the Perlman Music Program Community Engagement Retreat. In addition to teaching privately and in online lessons to students in multiple countries, Lisa has been a mentor at the Sydney Youth Orchestra, and at several private schools, including her alma mater, MLC School Sydney.

Lisa earned her Bachelor and Master of Music degrees from the Juilliard School, where she studied with Paul Neubauer and Cynthia Phelps. She was a proud recipient of the inaugural Kovner Fellowship, and served as a principal violist of the Juilliard Orchestra. She is currently completing her Graduate Diploma degree at the New England Conservatory as a recipient of a Dean's Scholarship under the tutelage of Kim Kashkashian. Her previous mentor is Tobias Breider.